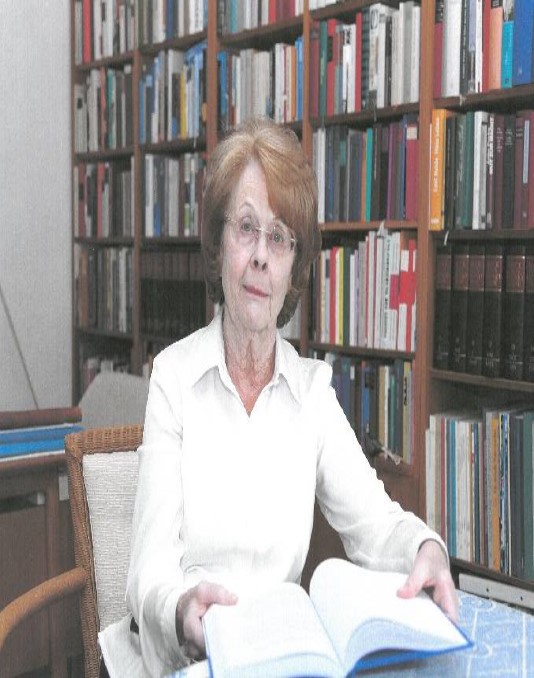 Professor Dr. Karin Peschel, long standing director of the Institute for Regional Research at Kiel Univer-sity, passed away on 19 June 2020. She was aged 84. In the 1960s, Karin Peschel played an active role in the foundation of the “Gesellschaft für Regionalforschung”, the German Speaking Section of the Regional Science Association International, in which she remained active for over 50 years.

Born in Leipzig, Karin Peschel studied Economics at the University of Braunschweig. In 1963, she earned her Economics doctorate at the University of Münster. Her doctoral dissertation, conducted under the supervision of Andreas Predöhl, concerned itself with the market-based organisation of the transport sector. Having completed her doctoral studies, she decided to pursue an academic career in Econom-ics, an unusual step for a woman in the 1960s. She habilitated in 1970 under the supervision of Rolf Funck in Karlsruhe. In 1971, she was successful in securing a professorship at the Institute of Theoret-ical Economics at Kiel University. In 1973, she replaced Reimut Jochimsen, assuming the leadership of the Institute for Regional Research.

At the institute, Karin Peschel initiated a research programme, which focussed on the spatial effects and structures of integration processes and international trade, respectively. One of the Institute’s prominent areas of research concerned the European integration of the Scandinavian economies. In the course of these research activities, she forged research ties with many academics and practitioners in Scandinavia, her research network later widening to encompass the entire Baltic Sea Region. The wealth of joint publications and conferences testify to these very productive collaborations.

Karin Peschel was also a much sought-after advisor on matters relating to regional, structural and in-novation policy. She was active in numerous committees at the federal level. However, her home state of Schleswig-Holstein remained close to her heart, a commitment testified by her tireless and devoted efforts towards promoting economic prosperity in the region.

From 1992 to 1996, Karin Peschel occupied the position of Rector at Kiel University. It should be remembered, she was the first woman to hold this office since the university’s foundation. Additionally,
she remained one of the very few women ever appointed to this position. She made history as Rector when, in 1993, she annulled the politically motivated revocations of doctoral degrees by the National
Socialist regime. In so doing, she helped to make amends for an injustice that had lasted for over 50 years.

Karin's hobby was riding, but her passion remained the mountains, despite relocating to the Baltic lowlands. In her youth, she climbed and explored the Alps with a friend. Later, she was to discover her
love for the mountainous landscape of Norway, a passion she could indulge through her many Scandinavian connections.

The Institute for Environmental, Resource and Spatial Economics mourns the loss of a dedicated scientist, a revered teacher and a beloved colleague.