I grew up in Toledo, Ohio and attended the University of Toledo (UT) which was located a few miles from where my parents lived. I majored in economics and after completing an MA degree in 1977, I spent a year teaching as an instructor at Bowling Green State University (BGSU). While teaching at BGSU, I lived in an older mansion in Toledo that had been converted to an apartment house and I met my future wife Mary Ellen who lived in the same apartment house. We moved to Boston in 1978 where I began work on a PhD in economics at Boston College, with fields in econometrics and industrial organization.

While working on my dissertation, Mary Ellen received a job offer to teach art in Toledo, so we moved back. I ran into a faculty colleague from BGSU while shopping who said BGSU was looking to hire an econometrician, so I applied and landed the job. My work on time-series econometrics led me to discover the wealth of regional labor market data, and a BGSU colleague, J. David Reed, introduced me to regional science which was a nice outlet for applied econometrics research based on regional data. I attended the Mid-continent Regional Science Association meetings in 1986 and 1987 with David Reed, and we co-authored work that was published in Journal of Regional Science, Regional Science & Urban Economics and International Regional Science Review. Around the same time a former professor of mine from UT, Michael Magura recruited me to work on a payroll tax revenue forecasting model for the City of Toledo as well as a metropolitan area leading indicator model for the Ohio Bureau of Employment Services. Magura was also a graduate of Boston College with a specialization in industrial organization, but I convinced him that regional science was an excellent outlet for our regional labor market forecasting work. We published work in Journal of Regional Science, Growth and Change, and Regional Science Perspectives.

I attended the Southern Regional Science Association meetings for the first time in 1988 to present work with David Reed, and in this same year, Mike Magura arranged a faculty position in the economics department at UT. After a few years of daily commuting to UT from Maumee, a Toledo suburb, I convinced Mary Ellen to move to a house within a few blocks walk of my office at the university. This was no small task as we had spent six years restoring a historic house in Maumee built in 1840, that included an art studio addition. My daughter Rachel was born in 1987, making the location close to my office important for family reasons. 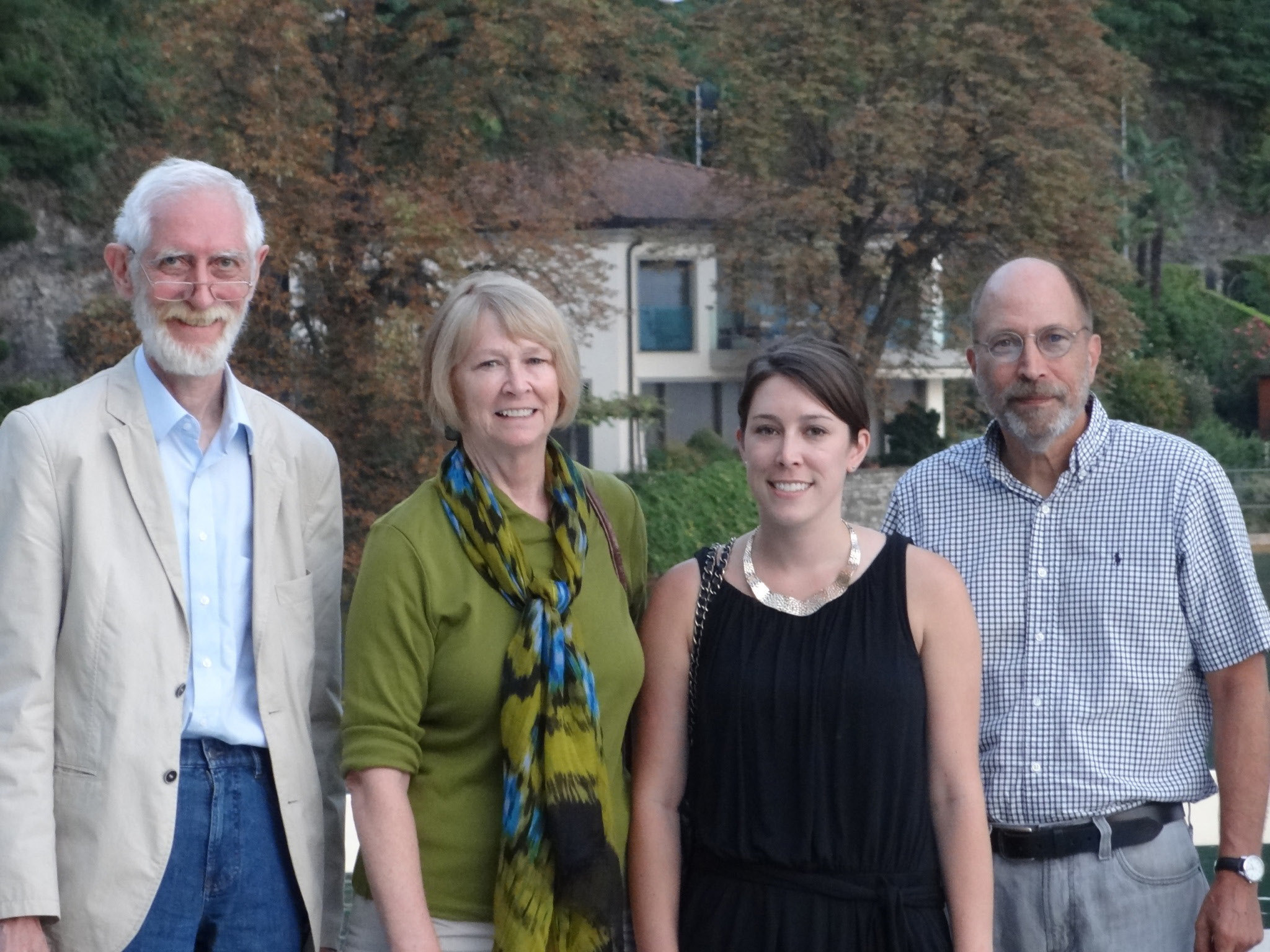 My first attendance at the North American meetings of RSAI was in New Orleans, 1991, where I met Luc Anselin and discovered spatial econometrics. Luc’s 1988 book Spatial Econometrics: Methods and Models was very intriguing for someone trained in econometrics, as was his Cornell University dissertation which was available in the UT library. In his dissertation, Luc discussed application of Bayesian methods to spatial regression models. I was working on Bayesian time-series econometric methods at the time and Arnold Zellner assisted me in obtaining a visiting scholar position at the Minneapolis FED bank in 1993 where John Geweke helped me understand new Bayesian Markov Chain Monte Carlo (MCMC) estimation methods. John shared his FORTRAN code which helped greatly in understanding implementation of these relatively new methods first presented in a 1990 article by Alan Gelfand and Adrian Smith. I began working on spatial econometrics in 1992, but my first publication in this area was a 1997 article in International Regional Science Review on MCMC estimation of spatial regression models. Luc Anselin expressed skepticism in 1997 about MCMC estimation because it was computationally much slower than maximum likelihood estimation, but advances in computing technology over time have made MCMC estimation competitive and useful in a great number of spatial regression settings.

By 1998, I was using MATLAB software for teaching econometrics and used a Sun Microsystems workstation in my office to provide a web site for students to download code and data. The website was publicly accessible, but I did not think anyone but my students would be interested in visiting the site. One day I received an e-mail asking questions about my MATLAB code from someone outside the US, which prompted me to think about the issue of having the code publicly available for a few minutes. Thinking about the generosity of others who shared their code and ideas with me over the years, and Luc Anselin’s early attempts to provide spatial regression software, I decided to make my code freely available, which gave rise to the Spatial Econometrics Toolbox. The number of toolbox functions increased over time and the volume of downloads required moving to a professional web hosting service. Paying for a hosting service to give away free code may not seem rational from an economic perspective but having accessible code has popularized the use of spatial regression methods in applied regional science work and increased the speed of diffusion for new modeling methods. By the year 2003 the websites spatial-econometrics.com and spatial-statistics.com (with code by Kelley Pace) were generating visits from over 250 users per day with 300 megabytes of downloads. Sharing code has an added benefit of allowing interaction with practitioners doing applied work which provides valuable insights into problems encountered and the demand for new methods to tackle these problems. I am happy to see that others such as Luc Anselin, , Roger Bivand, Gianfranco Piras and Serge Rey are making spatial regression codes available. In fact, software for spatial regression modeling is now available in Stata and SAS as well as MATLAB, the R-language and GeoDA, bringing these methods into the mainstream of applied econometrics. The new Journal of Spatial Econometrics from Springer will provide a forum for theoretical issues, innovative applications of these methods, as well as discussion of software and computational issues.

Another benefit of the website was communication with Kelley Pace who generously shared MATLAB code for some of his methods that were added to the toolbox functions. I first met Kelley in person at the Santa Fe NARSC Meetings in 1998, having only communicated via e-mail prior to that. One piece of advice I would give to young scholars is to find someone to collaborate with on research as this makes things much more exciting and increases productivity. During the more than 20 years since econometric and statistical expertise such as Christine Thomas-Agnan, Harry Kelejian, Olivier Parent and Tony Smith. Technical expertise tends to be very focused, so opportunities to work and learn from others helped expand the scope of my knowledge into new realms and greatly influenced my thinking about spatial econometrics. 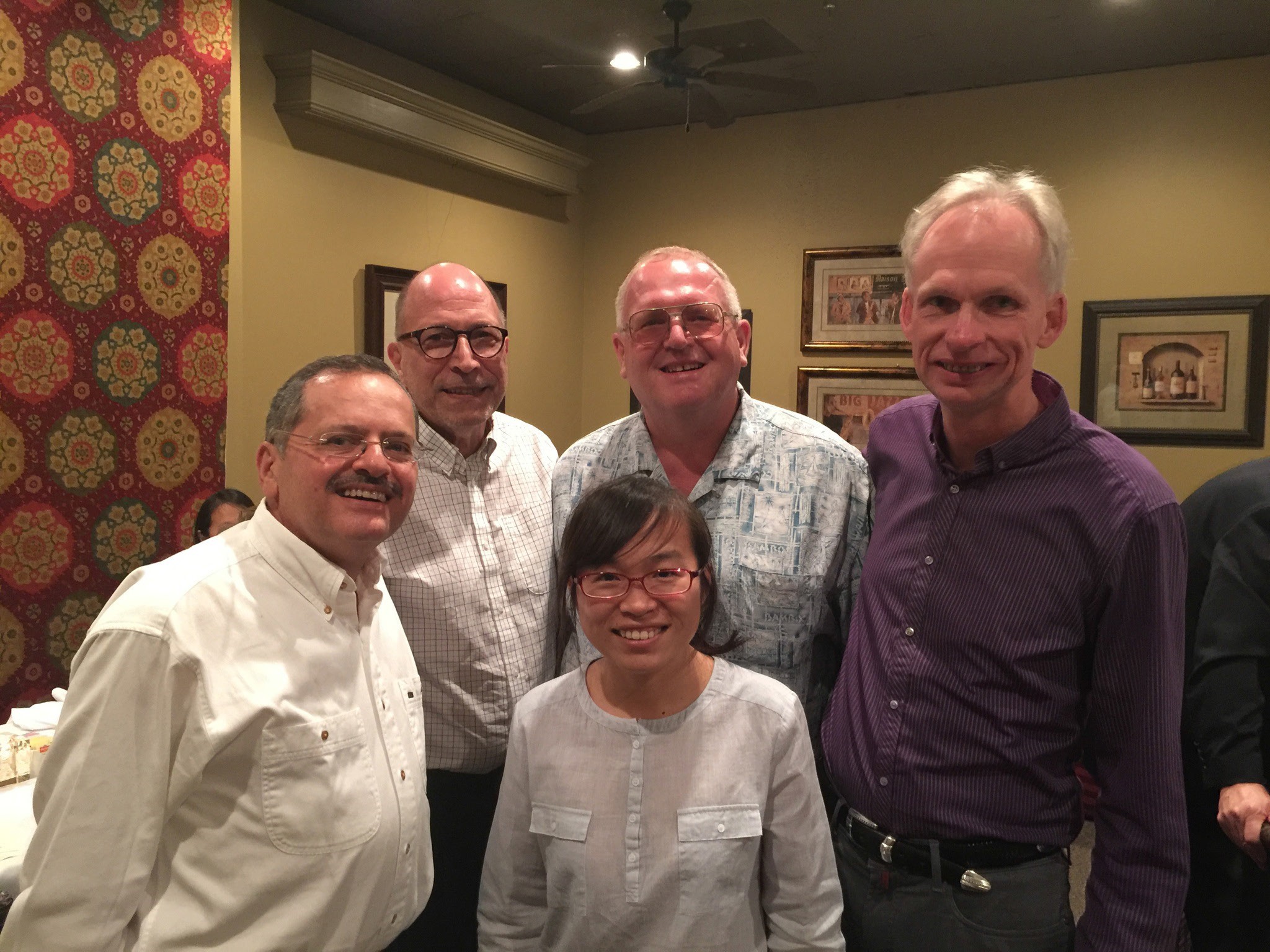 It would be wrong to leave this account without saying something about my involvement with RSAI activities over the years. It is my view that during my career the discipline of econometrics has become increasingly focused on theoretical and frequently esoteric issues that pay less and less attention to problems confronted by practitioners attempting to use these methods to tackle applied problems. Ultimately, econometricians need practitioners who are interested in applying our methods, and we should make it easy to use our methods by providing code and documentation, applied examples, workshops and helpful advice. Regional scientists have been a wonderful audience for spatial econometric methods and rapid adopters of new methods. In fact, the need for new modeling methods in applied regional science practice probably exceeds the ability of econometrics researchers to provide new approaches required to tackle many important problems. I frequently receive requests for code to implement a spatial regression variant of some established non-spatial econometric estimation procedure. Practitioners do not fully appreciate the complications that arise in extending non-spatial estimation to address spatial dependence, especially in the case of spatial lag models. I would encourage young scholars with econometrics expertise to turn attention to work in spatial econometrics which has a large audience of practitioners interested in new methods.

After spending more than 20 years in Ohio, I received an endowed chair opportunity in Urban and Regional Economics at Texas State University. This 2006 opportunity was made possible with help from people who are leaders in regional science, like Luc Anselin, Manfred Fischer, Geoffrey Hewings, Harry Kelejian and Tony Smith. The additional resources and free time from less teaching activity that came as part of the new position allowed Kelley and I to produce our 2009 book. In looking back, I would never have imagined what a wonderful relationship with regional science would develop over the next 30 plus years when attending the Mid-continent Regional Science Association meetings in 1986 and 1987. Young scholars should appreciate the long run importance of attending scholarly meetings. For many years I self-financed trips to attend regional science meetings, but the payoff in terms of collaborators, stimulating ideas and discussions changed my life. I sincerely hope that participation in RSAI events has an equally beneficial impact on future scholars.